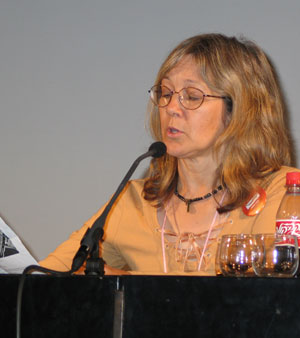 Margaret Astrid Ogden was born on March 5th, 1952 in Berkeley, California. She grew up in Fairbanks, Alaska and has lived also in Denver, Kodiak and Hawaii. She majored in Communications at Denver University, Colorado. She now lives in Tacoma, Washington. As an author she is known under her pen names Robin Hobb and Megan Lindholm.

Robin Hobb has been a professional writer for over 30 years: she started her career writing short stories for children's magazines and moved to fantasy and novels about 10 years later.

Realm of the Elderlings prequel

Fitz and the Fool