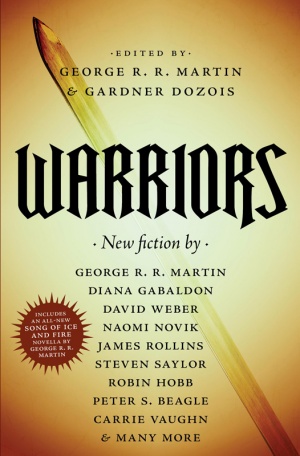 Warriors is an upcoming cross-genre anthology edited by GRR Martin and Gardner Dozois for Tor Books that will include the Robin Hobb short story The Triumph. The overall theme is "war and warrior ethos" and all 20 stories are original and never before published.