From PlentyWiki
(Redirected from A Fantasy Medley)
Jump to: navigation, search 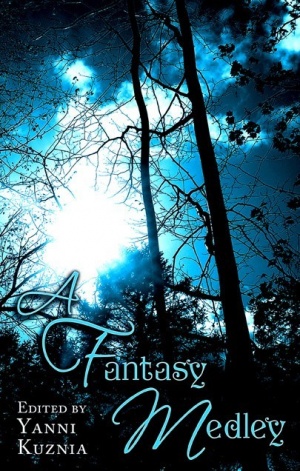 Cover art for A Fantasy Medley by Kristy Doherty.

A Fantasy Medley is an anthology from Subterranean Press, edited by Yanni Kuznia. It was published as a limited number hardback and contains the following stories: