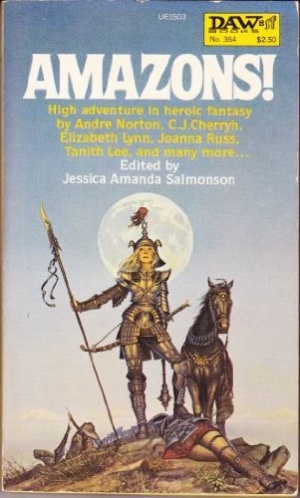 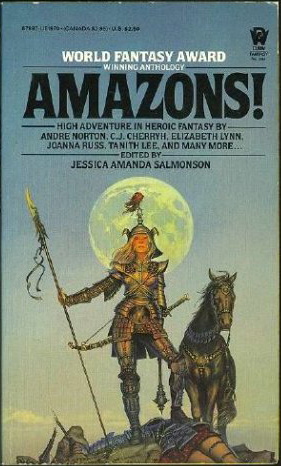 Amazons! is an anthology edited by Jessica Amanda Salmonson first published in 1979. It features cover art and frontispiece art by Michael Whelan. The anthology won the 1980 World Fantasy Award for Best Collection [1] and was followed by a second volume, Amazons II in 1982. Amazons! was the first commercial publication to feature a Megan Lindholm story, the Ki and Vandien short Bones for Dulath.